The foundation of all meaningful creative pursuit is freedom. As the political din across the world gets louder, as peoples’ worldviews continue to shrink, and as technological advances  divide more than they unite, the voices propagating an independent opinion are few and far between.

But there are those who will not be silenced. For them, the pursuit of freedom is underlined by an incredible sense of integrity and responsibility to both themselves, and the world at large. IFBE salutes these lone crusaders, and dedicates the week of India’s independence to celebrating and amplifying these voices.

From theatre to film to dance to music to literature, year one of the Independence Project is envisioned as  the initiator of what will be an annual event at IFBE . Starting this year, every year the Independence project will serve as a crucible for those who are torchbearers for openness, inclusivity and unfettered thinking.

a short film and a series of photographs put together by the Citizens’ Archive of India, featuring ordinary citizens expressing how they experienced freedom, personally, as well as in the larger context of the country’s Independence. Sourced from CAI’s extensive archive, the exhibition celebrates individual moments of joy and achievement at a time of great upheaval.

In 2021, nine children from the Dharavi Art Room got admission to arts colleges across Mumbai. Freedom looks good on you exhibits a series of original, specially commissioned photographs made by these talented young artists – the first ones in their families to go to college and to experience Mumbai outside of Dharavi everyday. Evocative and tender, the images curated by Aqui Thami are available for sale, with proceeds going towards the Dharavi Art Room.

Join us for a mellifluous evening, with poet, singer, songwriter, and inventor, Kavish Seth (who’s created his own musical instrument called the Noori). For the Independence Project, the IIT Bombay grad and founder of Zubaan presents Swavidhan, an immersive performance that blends Seth’s poetry and songs, and invites us to introspect on how free we really are – in our personal lives, in love, in our relationships and in society at large.

Freedom begins in the body, with our breath. While we’re familiar with pranayama and other breathing techniques, the ‘space’ of breath often remains unexplored. Breath is both physical and non-physical. While it moves in the physical space, it also ventures into the non-physical space. Sign up for a morning workshop with reputed Ayurveda practitioner, Dr Shailendra Chaubey, to explore the body’s inner spaces and clear out deep-seated conditioning, phobias, and blockages.

India Docs founder, Khushboo Ranka, brings together five thought-provoking documentaries that investigate the idea of personal and collective freedom – An Insignificant Man (Khushboo Ranka), About Love (Archana Phadke), Cities of Sleep (Shaunak Sen), Placebo (Abhay Kumar) and A Rifle and A Bag (Arya Rothe). The screenings will be followed by a panel discussion by the filmmakers in the evening.

Four diverse performers take us on four different journeys. The evening opens with Diya Naidu’s Bardo Beings, a musing on the imagined creatures of this world who are ‘in dependence’ – they depend on each other to be stimulated, to be each other’s nemesis, intimate other, and reflection. Sacred by Tarini Tripathi is a contemporary take on the search for the divine. Aarajkata by Mellita D’Souza is a study on the chaos within, and without. Can one ever break free? The evening closes with Elemental 360: Water by Veronica Jose, an ode to that most free-flowing of all elements.

Join us for Unstitched Echoes of Movement – Blurring Lines Between Movement and Body part 2. Through spoken word, the history behind the songs of Tagore’s Geentanjali, and the melodious tunes of Rabindrasangeet, Swapnokalpa Dasgupta presents Freedom through my Words. In Avāsā- The Liberation, Pavitra Krishna Bhat channels our ancient poets who embraced freedom as the value that is the foundation of all other values. In Elemental 360: Fire, Ankit Pahadiya plays with the idea of fire – as representative of moksha, mukti, and destruction. The final performance, Letter by Neeraj Lohani is an elegy for those who have survived destruction, losses and agonies but are withering away in the face of society’s indifference.

This unique four-hour workshop takes participants on a journey to explore their deepest selves and archive the experience, using movement and writing. Led by movement-based practitioner Diya Naidu, whose work is built on the daunting but empowering premise that everything that happens around us is also taking place within us, this workshop explores ideas of intimacy and resistance, vulnerability, and connection.

The Company Theatre performs its critically acclaimed play, Aaeen, as part of IFBE’s Independence Project. A musical comedy, it skilfully brings together five different stories – written by Amitosh Nagpal, Purva Naresh, Sarah Mariam and Varun Grover – all examining the impact of the constitution of India in different spaces, woven together with movement, music and interactions with the audience.

A three-hour workshop with the students of the Dharavi Art Room, led by one of the foremost names in Indian calligraphy, Achyut Palav. In this session, the budding artists will have the opportunity to understand the nuances of calligraphy, playing with different fonts, colours, lines and strokes to create independent works of art. (This is a closed event.) 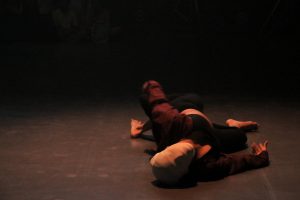 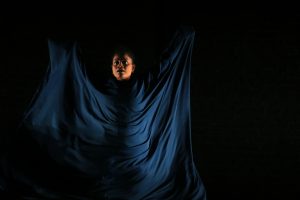 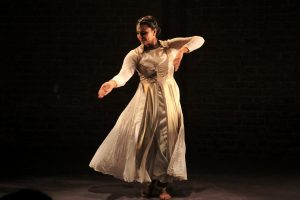 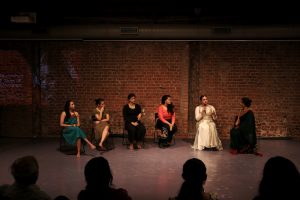 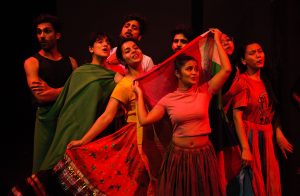 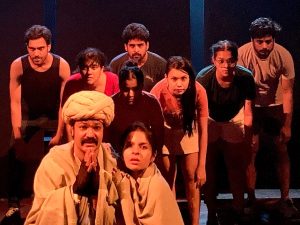 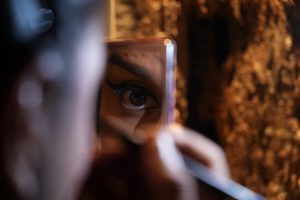 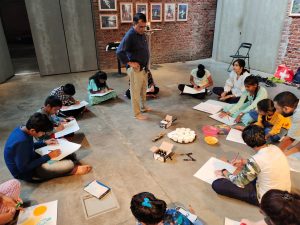 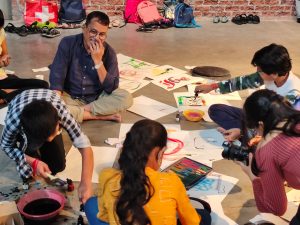 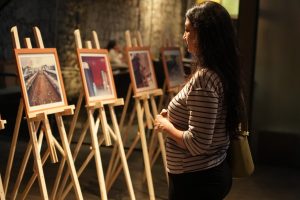 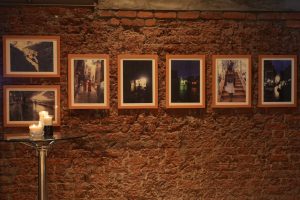 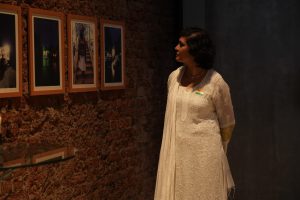 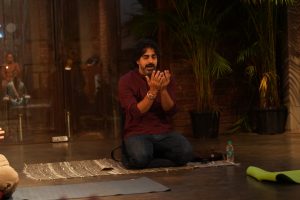 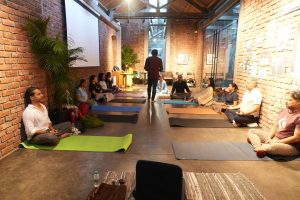 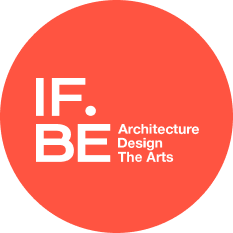 The Ice Factory at Ballard Estate (IF. BE) is an experimental laboratory for transdisciplinary practices across modern and contemporary architecture, art, and pedagogy. The conserved and refashioned structure is itself a historical object; its complexity, diversity, and paradoxical forms of architecture are instruments for the invention of knowledge. Malik Architecture has created an architecture that does not settle, one with spaces to breathe through a crystallization and mutation of traditional, modern, and contemporary experiments. A century-old embodiment... of “the dreams that stuff is made of.” IF.BE’s community of architects, artists, scholars, and students exists in the expanding complexity and multiplicity of the present without sacrificing a fidelity to pasts and archiving, to build and chronicle in the here and now, what Reinhard Koselleck felicitously called “futures past.”

