The Seeds of Vandana Shiva

The Seeds of Vandana Shiva focuses on the people, circumstances and seminal events in Vandana’s life – what shaped her thinking and defined her purpose. It also shows how the battle against multinational agribusiness has become an international struggle between two visions for feeding the world: The first, a multinational corporate model of chemically dependent monoculture that rewards a capitalist imperative of extraction for profit. And the other, ‘Earth Democracy, that honours ecology, biodiversity, sustainability and community— what Dr. Shiva demonstrates is the only way forward for the future of food.

Vandana Shiva is a world-renowned environmental thinker, activist, feminist, philosopher of science, writer and science policy advocate. She is the founder of Navdanya Research Foundation for Science, Technology and Ecology in India and President of Navdanya International. Navdanya is a movement in defence of biodiversity and the contributions made to the climate, environment and society by small farmers. The recipient of the Right Livelihood Award, (the ‘Alternative Nobel Prize’) and the Sydney Peace Prize, she has been named one of “the world’s most prominent radical scientists” by the Guardian. 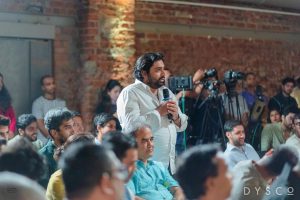 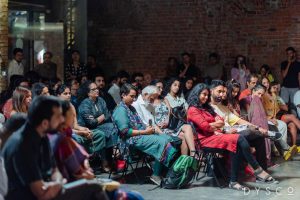 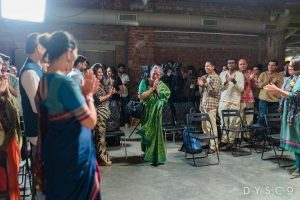 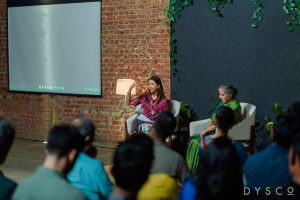 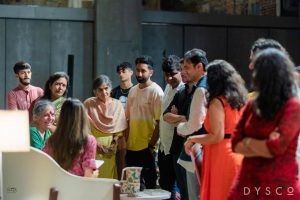 Dysco is an independent social network and platform built to help people connect, co-create, collaborate and work together. Designed for human-connection with plenty of heart.

Dysco started as a professional networking app, to help people navigate the rapidly evolving landscape of work, careers and professions. We host events and offline engagements, building and curating micro-communities around interests we care about. Over time, Dysco has grown to do much more than we set out to, by becoming a dynamic and evolving space for collaboration, conversation, and inspiration amongst niche, thoughtful audiences.
