Refraction: The (re)making of the Ice Factory

At once acoustic and spectral; a critical angle poetically applied with deliberate spatial rigor establishes the architectural conception for IFBE.

The opening exhibit advanced across two weeks (16th – 30th April 2022) is an assemblage of several performances in the Ice Factory demonstrating the nature of experimentation and the liminality between various artistic disciplines. Relationships between space, the user, and the city are explored through textual rituals, the moving image, audio-visual art, methodic frameworks of improvisation in music, and sound in sculpture.

On display is also a lineal photographic guideline ‘unpresence’, as a document of the historical imprints of the Ice Factory, Ballard Estate.

Experiencing space, void and elements through sound, movement and signage, Norwegian performance artist Elise Ruth’s performance invites us on a journey from childlike playfulness to crystalline contemplation back to the Shaman’s sacred space.

In the middle of the 18th century, an extraordinary master painter from the Himalayan foothills of Guler sets out on a journey to meet his patron in the small hill-state of Jasrota. He finds his match in the eccentric employ of Balwant Singh, the only testimony of which was to remain the painter’s intimately observant portraits of his employer.

The Amar Mahal Palace Museum in Jammu, India is the stage for this film. 47 paintings made in the Pahari school of master – painter Nainsukh’s immediate descendants adorn the palace walls. Based on a 12th – century Sanskrit epic poem depicting the love of Nala and Damyanti, this set of paintings was made 5 centuries later. But their mysteries are still many. The animation in the film is used to articulate the painter’s intention.

What does utopia sound like? how do the intensities of feeling that accompany such speculations converse with other drafts on timelessness such as apocalypse and cosmology? Utopics incorporates text projections that mind these questions, while building up layers of acoustic and visual decay as its previous reverberations and appearances accumulate with each iteration.

A series of ambient, corrupted lecture performances incorporating video projections, the sonic elements of hybrid live sets, and text-to-speech software. Its 2020-21 motifs include Machine Vision, Synthanatos, Versailles, Screens, Vandalism, Interment and Anthropophagy. As a prism for thinking feeling and feeling thought, the series foregrounds ambiguities between recorded and live speech while sounding out the feeling intensities of concepts.

An improvisational abstraction of sonic frquencies through architectonic models, articulating into the void. They draw an ideational energy from the emptiness of the image’s absence, from their vast importance of what is not there-there in the unoccupied stead of an image.

25th April, 7:30-9:00pm – ‘Reveiling the Experience of Art’ a conversation and a film screening with Udyaan Vajpeyi

Experience of art, in spite of numerous theories, remains a mystery. All attempts to understand art are, in fact attempts to veil it further. Rasa and Dhwani theories too are no exception. I will try to explain, in my way, the experience of work of art, which I am sure, will be another attempts to re-veil it. If ‘re-veil’ carries the same enunciation of ‘reveal’, it can’t be just a coincidence.

An exhibition of images and a discussion on Sunhil’s journey from filmmaker to photographer, from foreigner to explorer, and the story of an injury that forced him on to the streets and uncover a city hidden in plain sight.

‘cryofonix’ comes from a capsulated experience of visceral phonics, escalating inside a shell sustained in extremes. We listen to come to a rest before incoming breath. Listening to feel grounded in the body, for lift-off into the void. To reach into the language of the unknown, to articulate what has been felt and will be sensed. This is an invitation to listen, to access the processes of our inner systems. To listen and witness how we hold ourselves within. 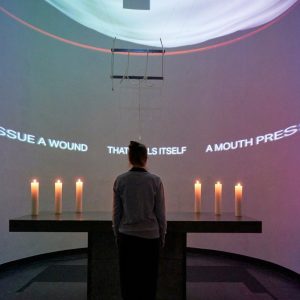 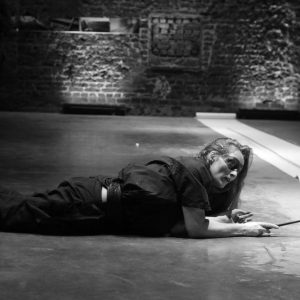 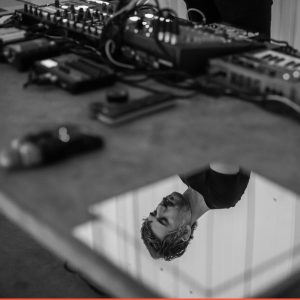 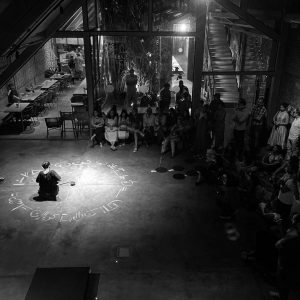 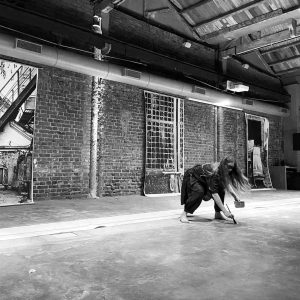 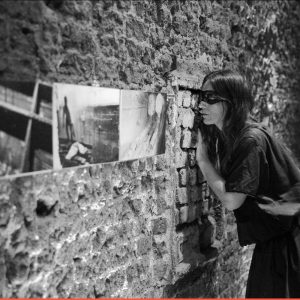 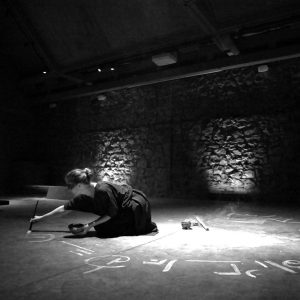 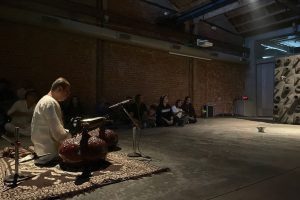 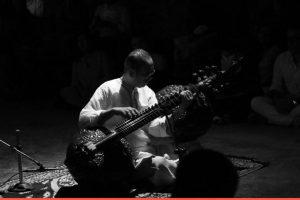 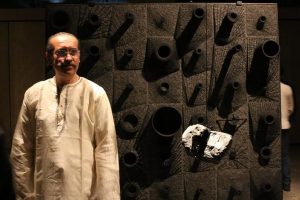 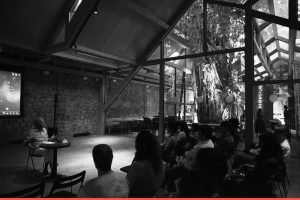 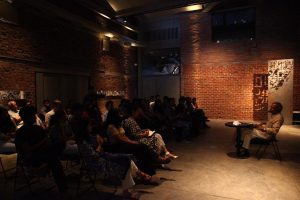 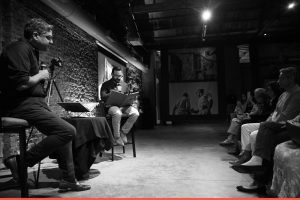 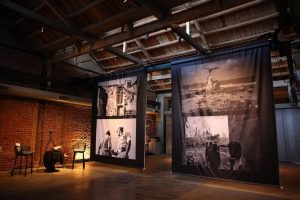 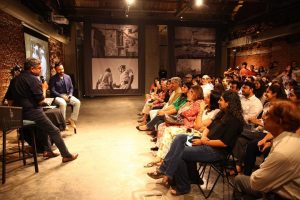 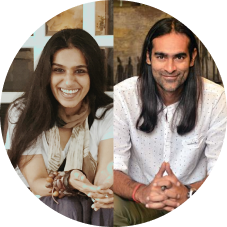 Arjun Malik Malik Architecture is a Mumbai-based multidisciplinary architecture practice with over 37 years of experience that has honed a distinctive design syntax for the subcontinent, by approaching architecture as a synthesis of “ecology” and “spirit”. A second-generation architect Arjun Malik, ushers this practice towards cutting-edge contemporary technology. This combination lends their architecture an enriched and updated balance. Parul Thacker Artist Parul Thacker completed her studies with a course in surface ornamentation, which appears as a recurring motif in her art. As a practicing artist, trained as a traditional weaver, her works include elaborately constructed woven sculptures as alchemical and metaphysical contemporary representations of ancient philosophies. The artist has won several awards, including a national award in weaving, and participated in numerous symposia and artist-in-residence programs.